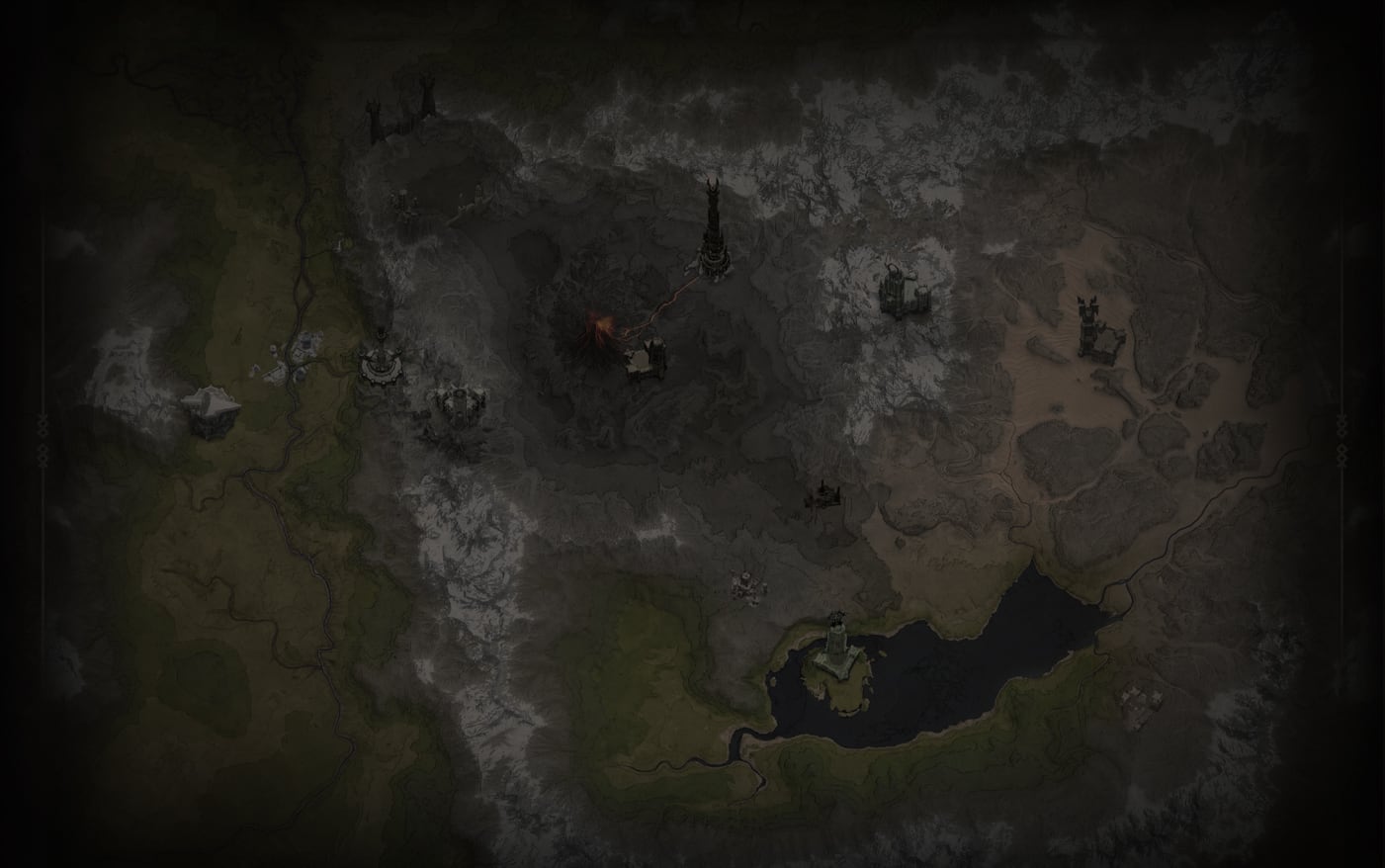 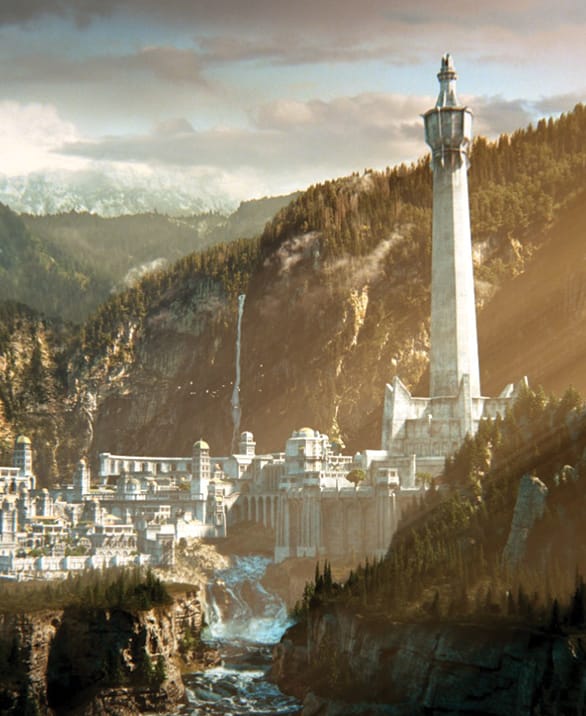 Minas Ithil -- “tower of the rising moon” in Sindarin -- is a fortified city on the western edge of Mordor and the last refuge of Men in that land. Founded by the refugees after Númenor's destruction, the city was built of white marble to catch and reflect the moonlight, and it softly glows in the twilight and when the moon is high in the sky. A sapling of the White Tree, Gondor's symbol, was planted here as early as the Second Age, but Isildur removed it when Sauron threatened Minas Ithil during the War of the Last Alliance. 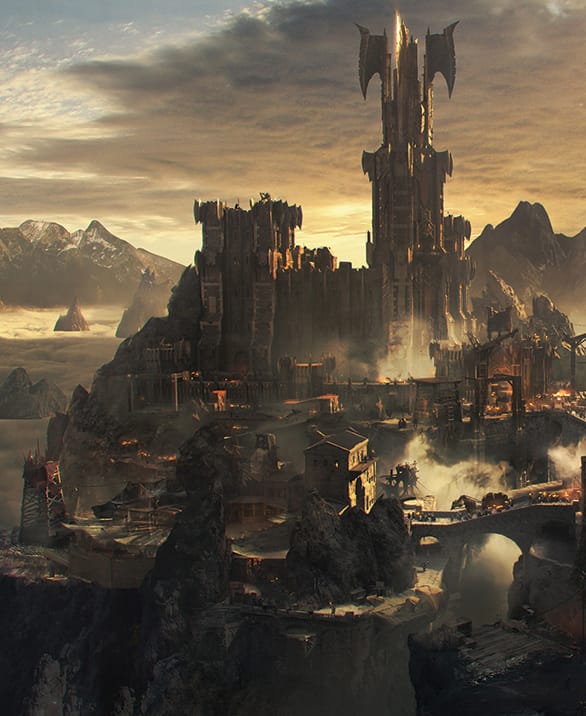 “Spider's Cleft“ in the Sindarin language, Cirith Ungol is the pass that connects eastern Gondor and the western edge of Mordor. Its most prominent feature is the Tower of Cirith Ungol, built by Gondor to guard against Mordor's incursions, then abandoned when Gondor's power declined at the start of the Third Age. 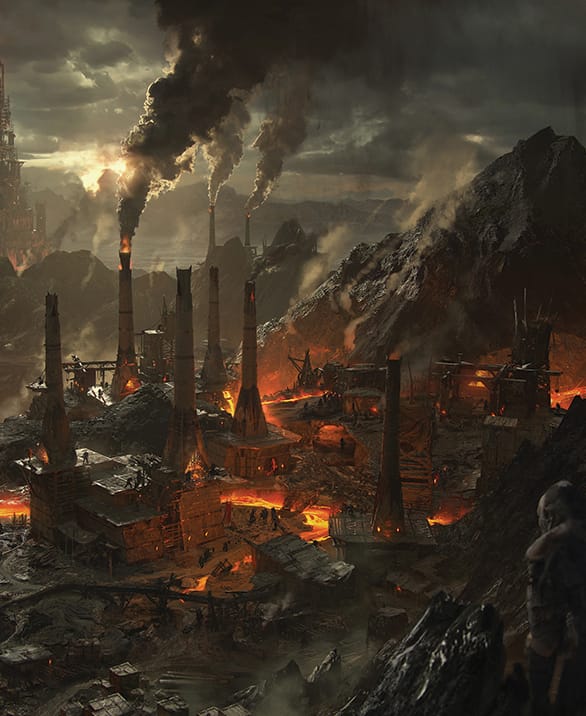 The heart of Sauron's realm, Gorgoroth is an arid, volcanic plateau surrounded by high mountain ranges. Mineral-rich, it is home to the mines and forges that fuel the Dark Lord's armies. Little can grow in such a hostile land, and the Uruks who call Gorgoroth home rely on food from elsewhere and a network of cisterns and wells along the military highways that criss-cross the region. 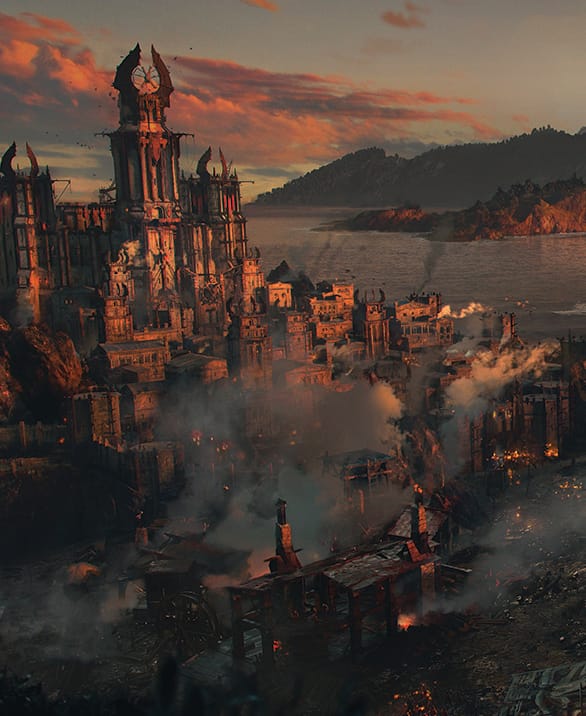 The only part of Mordor that can claim to be fertile, Núrn lies in the south along the salty Sea of Núrnen. Sauron's slaves till the fields here to feed his armies. The volcanic soil is rich, and streams leading to the sea irrigate the land enough to make large-scale farming possible. 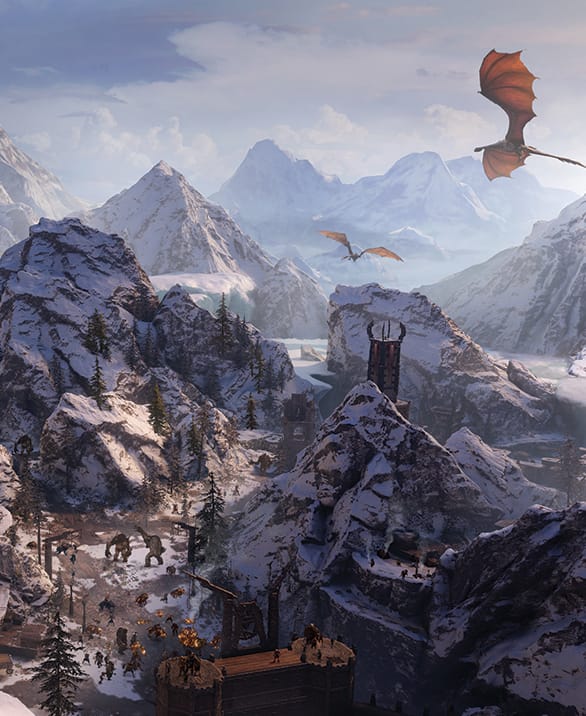 Seregost (“blood fortress“ in Sindarin) is an Uruk fortress in north-central Mordor that guards the Mithram Gap, just south of the Ash Mountains, Ered Lithui. Ash and soot from nearby Mount Doom darken the air, and the place is known for its inhospitability -- even in Mordor. Despite its proximity to Mount Doom, it is bitterly cold and parts remain snowbound no matter the season.